Family Matters in the Car Business

A long way from the beginnings 40 odd years ago, this article in The Dominion Post shares our journey from when our used car business provided work for Brendan and a sole car groomer through to our busy Supersite on Railway Ave today.

This Lower Hutt dealership is now looking after fourth generation customers and it values these relationships immensely. 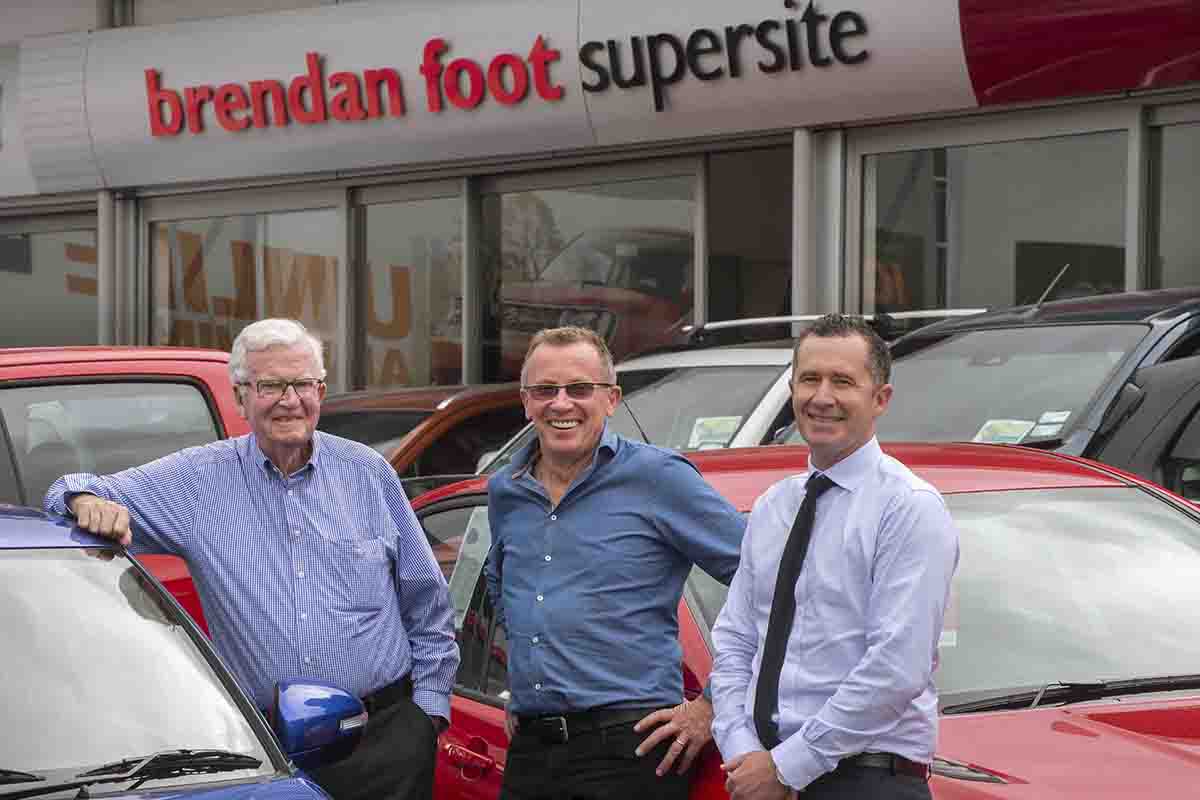 Brendan Foot Supersite has come a long way from its beginnings 40 odd years ago when the used car business provided work for Brendan and a sole car groomer.

The family-owned dealership is still based at the original premises in Railway Avenue in Lower Hutt, but now employs more than 100 staff in used and new car sales, parts and service departments.

The business has expanded to both sides of Railway Ave, and there are satellite service centres in Mount Victoria and Trentham.

And while there are still plenty of used cars for sale, they are matched with new vehicles from Holden, Kia, Suzuki, Hyundai and Mitsubishi.

At 76, Brendan still comes to work, overseeing the business that bears his name. But the key dealer principal roles have been taken on by sons Matthew and David.

It’s been quite a journey as the business has developed from the gravel car yard and small shed where it all began, Matthew says.

It all started back in 1973 when Brendan’s uncle, Bill Foot, suggested the pair go into business together.

The joint business venture proved successful and Brendan decided to set up on his own.. As he built his reputation he decided the best branding for the business was the one with his name on it, and Brendan Foot Motors was born.

Matthew joined his Dad in the business in 1987, and was followed by brother David in 2002, with both growing up spending their weekends at the car yard.

The dealership has been selling new cars since 1989, taking on the Fiat franchise for a brief period, before forming what was to become a long term association with Holden.

The Foots, intent on offering their customers more choice, later added Kia and then Suzuki to the line up.

“A lot of people would buy a Holden from us and then another Holden and then they decided they wanted something different and we couldn’t provide that to them and felt sad about losing them, so that was one of the main reasons we stepped into a multi franchise situation.” Matthew says.

With the new brands on board, the business, which many thought of as Brendan Foot Holden, was renamed Brendan Foot Supersite.

“We decided that we would rebrand the business to give people the idea that it actually wasn’t just the Holden brand, that it was a destination for people to come and buy one of the three brands.”

In 2009, they added Hyundai to the line up and then in 2013 began selling Great Wall, Chery and Foton vehicles. The three Chinese brands have been replaced by Mitsubishi this month. The move gives customers more options in the ute segment, with the addition of the Triton, and in the SUV market with the Outlander and the ASX.

It also offers another option for the environmentally conscious, with the Outlander PHEV plug-in hybrid taking its place beside Hyundai’s Ioniq, available in full electric and hybrid versions. 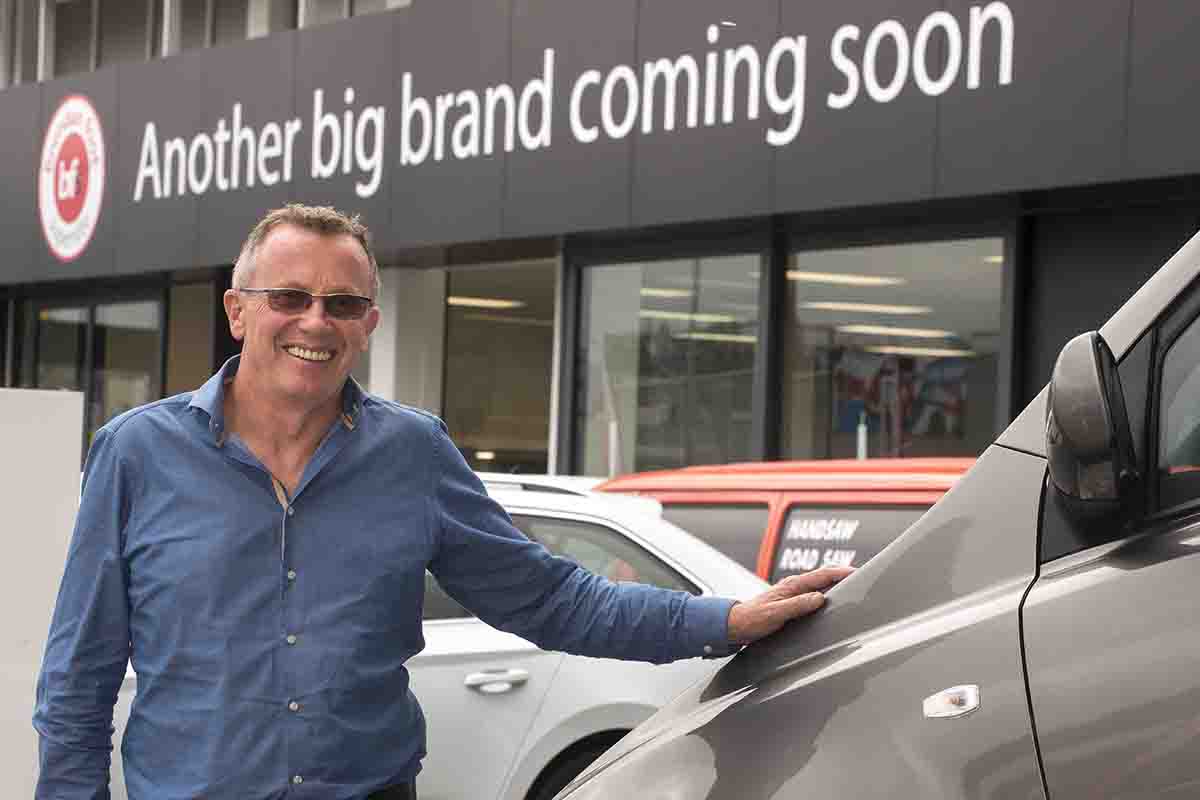 The dealership now sells up to 100 used cars and between 160 and 200 new cars a month, and Kia has become the top selling brand by volume, surpassing Holden, Matthew says.

“The Kia Sportage has been very successful and is probably their key model. There has been a big shift from large passenger cars like Commodores to SUV cars. That’s been a real change in the market.”

And with SUVs taking over from hatchbacks in the small car sector, the dealership’s five new car brands mean it has plenty to offer in that segment as well, including the Holden Trax, the Suzuki Vitara, the Kia Sportage, the Hyundai Tucson and the Mitsubishi ASX.

The business also offers a sprinkling of special interest vehicles for those who like to dream big, with a high performance 2017 Audi SQ7 V8T which would not look out of place in Kim Dotcom’s garage currently sharing space with the Holdens.

After 44 years in business, the dealership has built up a database of more than 52,000 customers, and is intent on preserving its reputation, Matthew says.

“A lot of families are on the fourth generation buying cars from us, and we respect those relationships immensely.

“People say, ‘you go down and see the Foots, they will look after you’.

“And now, it’s such a great place to be because out of the top 10 brands in New Zealand, we have five of them.”

The business has grown to the point where it has a large, dedicated customer relations management team and an inhouse marketing and communications department, ensuring customers are well looked after – and well informed, Matthew says.

“For us, it’s paramount that every customer’s experience is the best it can be, or if it’s not, we want to know, so we can make it right.”

While the industry has in the past had a reputation for being a male domain, Brendan Foot Supersite is notable for having a senior management team which is predominantly female, and for employing a high ratio of women in all departments, including the sales, service and grooming departments.

“We know that statistically women make the biggest percentage of car buying and servicing decisions, so to have women throughout the business and in senior management makes a lot of sense.”

Although tastes have changed over the years, with the rise in demand for SUVs and an emerging interest in electric vehicles, Holden still commands a loyal following among customers, Matthew says.

The dealership has already sold its allocation of limited edition V8 Commodores, the last to roll off the Australian production line before it closes in October.

With only 51 of the Magnum utes, 51 Director luxury sedans and 150 Motorsport sedans available to New Zealand dealers, there was huge excitement about the arrival of the special edition Commodores, he says.

“There is a lot of passion. It’s an iconic Australian brand and people are actually buying them to collect and put away.

“I have got one customer that actually has bought a hoist so they can put the car on the hoist and put it up in the air so the tyres aren’t touching the ground. They will only use that car very rarely.”

There is still plenty of passion for Holden at the dealership too, where a fully restored 1969 Holden Monaro and a bright yellow 1986 HSV, one of only 85 ever made, are on display alongside the latest models.

And Brendan, who has several cars after a lifetime in the motor industry, is still driving his V8 Holden Commodore. 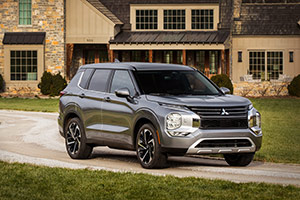 Brendan Foot Supersite has been awarded a 2021 Mitsubishi Diamond Dealer award and our Sales Manager and Salesperson are the top in NZ. 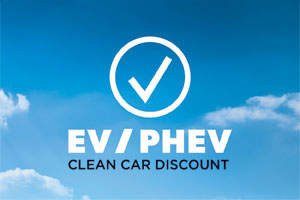 The Clean Car Discount came into effect on 1 July 2021, so now is a great time to start thinking about an EV or PHEV. 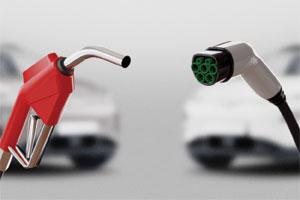