Many of us are now focusing on the price of fuel and how much it costs to fill up our vehicle at the pump.

There’s plenty of good advice about how to use your vehicle, but even better is that modern vehicles can save you plenty. 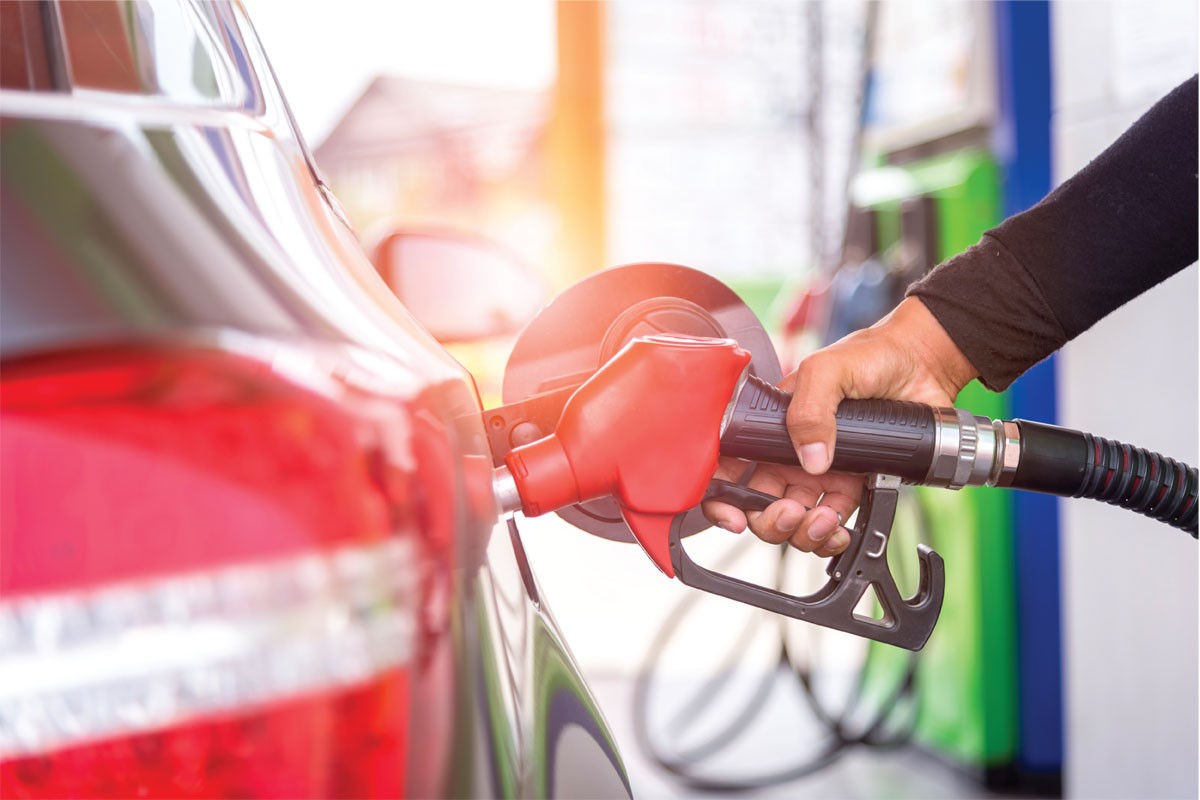 For some, it may be possible to ride share or reduce the travel they do, and there are some useful driving tips to consume less fuel. However, what many people may not know is that today’s new or near-new vehicles are able to drive you further than older models.

If you’re considering upgrading to a newer model and wondering about fuel efficiency you’ll probably be pleasantly surprised. Electric vehicles (EV), Hybrid vehicles and Plug-in Hybrid vehicles (PHEV) are cheap to get from A to B, but petrol and diesel engines have improved significantly too.

The most frugal vehicles are electric and hybrids. Full EVs, of course, don’t consume any fuel. One of our customers recently drove 1,300km in a month in their Kona EV at a cost of $27 for the electricity.

Full hybrid models use the battery wherever possible, and are therefore able to reduce the volume of fuel consumed.

PHEVs are proving popular as they offer the benefit of lower purchase price than the full EV equivalent model and are cheap to run for smaller distances. The Mitsubishi Outlander PHEV is nearly the same price as the petrol Outlander, and is the biggest seller in that category as a result.

It’s comforting to know that even with conventional engines, most vehicles are more fuel efficient these days than their predecessors. The modern fuel efficiency has come about by advancements in engine technology and new features that help drivers better manage their vehicle’s economy.

For petrol powered vehicles you will find that the majority of the vehicles from the five new brands sold at Brendan Foot Supersite have a fuel efficiency of under 8 litres per 100km. That’s nearly twice as efficient as new vehicles ten years ago.

What’s more, larger vehicles such as SUVs consume the same amount of fuel a small car did in the past. 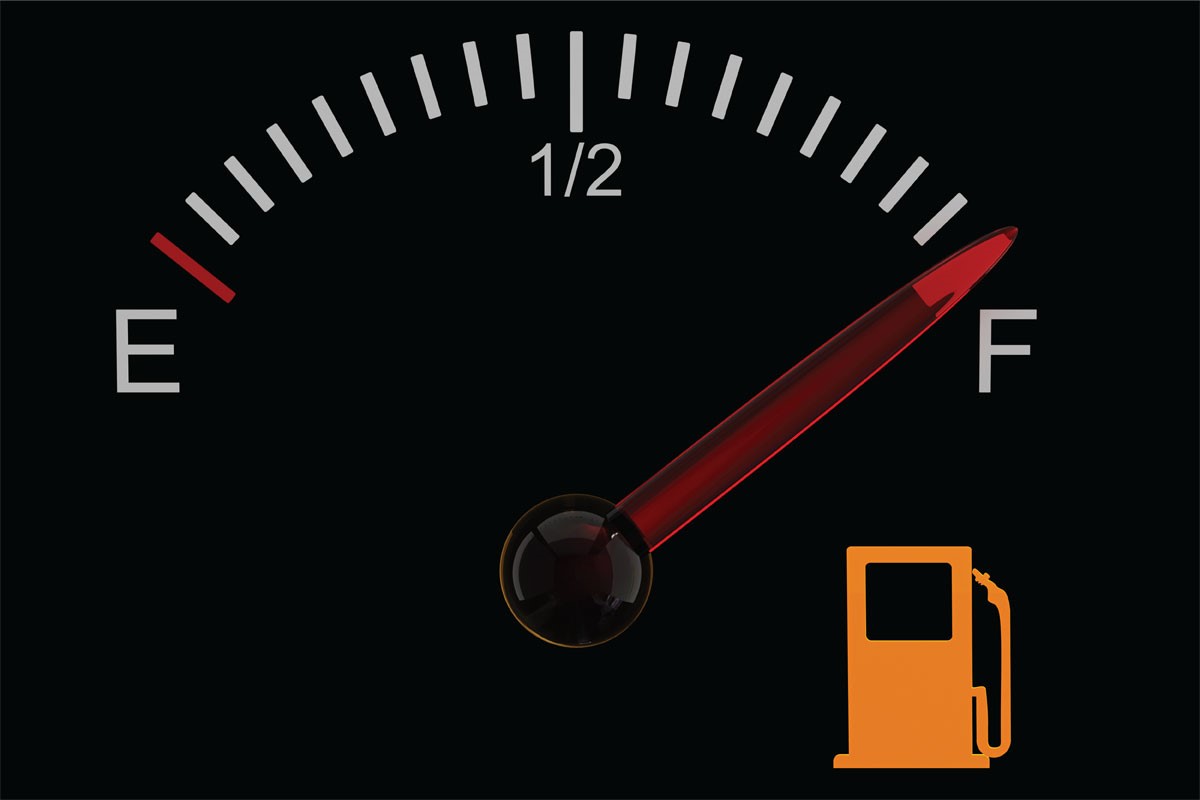 Diesel vehicles are another opportunity to save on your fuel bill. Even with Road User Charges a medium to large diesel vehicle is definitely worth considering based on their cost of ownership i.e. maintenance and running combined.

Motor vehicle manufacturers have spent billions over the years developing engines that are lighter, more powerful and more fuel efficient. That’s why we are seeing 1.4 litre turbo engines powering SUVs as in the case of the Holden Trax, or a 1.5 litre 8 speed Mitsubishi Eclipse Cross.

Features that are making a difference to fuel efficiency

Maintaining tyre pressure increases the vehicle’s fuel efficiency, but many people do not check their tyre pressure, or if they do only check it monthly as recommended by most manufacturers.

Checking your tyre pressure is easy in some Kia Niro, Sorento and Sportage models as well as the Holden Colorado, which have a tyre pressure display on the dash. You can see at a glance when the pressure is not right and pull into the garage to fill up with free air.

Cruise control has been around for many years and is a feature on almost all new vehicles we sell. Retaining a constant speed with cruise control makes driving easy and more fuel efficient.

Having a transmission with more gears means better fuel economy, and almost all the new vehicles we sell have at least a five speed gear box. Six is the most common, and up to eight in the Hyundai Santa Fe and Kia Sorento, and nine in the Holden Equinox and Acadia.

Stop-start is a system on most modern cars that cuts the engine when the car is stationary, in order to reduce fuel consumption and emissions. The engine starts again when the clutch is engaged or the brake is released, or when the driver is ready to move again.

Electric power steering is energy efficient and has less environmental impact. At around $2.50 per litre for petrol, driving a more fuel efficient vehicle will generate immediate savings and you’ll be stopping at the petrol station less often.

6.Another option to save – a small car

While buying a new version of your current vehicle will likely save you on the fuel bill, you might also want to consider buying a small car. That way you can get some great technology and features to reduce fuel consumption, plus drive a smaller vehicle that is generally more frugal.

Small car sales have increased significantly over the past year – not surprising when cars such as the Kia Rio and Holden Spark use around 5 litres per 100km; and Suzuki Celerio and Ignis only 4.7 litres per 100km*. These small cars have a lot of the new technology that helps them drive efficiently, and also being lighter helps fuel efficiency too.

So reset your expectations about fuel efficiency when considering a new or near new vehicle. In fact, the fuel savings on your new vehicle will make a healthy contribution towards the weekly repayments for that vehicle.

(*Figures according to the manufacturer’s specifications which were undertaken in test environments).

When it comes to safety for your work ute, the number to look for is 5. Specifically a 5 star ANCAP safety rating. 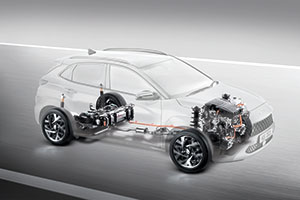 Hyundai New Zealand has announced a new line up of hybrid SUVs, here’s what you can expect. 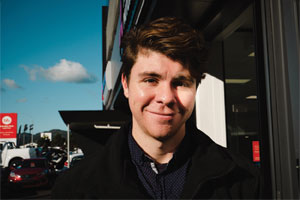 Getting a foot in the door and working your way up has proven a winning approach for our youngest Salesperson. 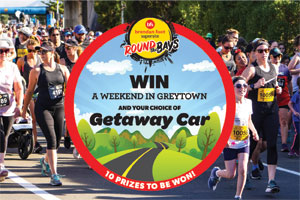 Join us at the 2022 Brendan Foot Supersite Round the Bays and be in to win a weekend away with your choice of Getaway Car!

Win your choice of new car from Brendan Foot Supersite’s selection to take for a night for two at The White Swan Hotel in Greytown!

Their chosen vehicle to be used in conjunction with a one night stay in a Deluxe suite plus breakfast for two at The White Swan Hotel in Greytown.

2. Terms and Conditions
By registering for this Promotion you agree to be bound by these terms and conditions.

4. Prize
Choose Your Get-Away Car and night for two at The White Swan Hotel
Each of the ten winners of the Greytown Weekend & Getaway Car Competition will have for their personal use:
Their chosen vehicle to be used in conjunction with a one night stay in a Deluxe suite plus breakfast for two at The White Swan Hotel in Greytown, to be taken before 1 December 2022.
The accommodation is subject to availability and is to be booked directly with The White Swan.
The winner will need to contact Brendan Foot Supersite two weeks in advance of the date the vehicle is required. The vehicle is to be collected from Brendan Foot Supersite on the day of the accommodation booking and returned the day after. The vehicle collection and return are to be at agreed times and these will be within Brendan Foot Supersite’s opening hours.
Any other costs or charges associated with the vehicle or accommodation use are the responsibility of the prize winner, NOT Brendan Foot Supersite.
In the case that their chosen vehicle is not available the winner will be contacted and offered other choice/s. Specification and vehicle colour will be subject to availability.
The winner will be required to have a full New Zealand Driver’s Licence which is current and correct with no impairments pending, and sign a Loan Vehicle Agreement which outlines conditions covering vehicle driver responsibilities, damage, insurance excess of $3,000, fines and regular maintenance.
Brendan Foot Supersite will have the right to inspect the vehicle at their request during the loan period.
Any damage must be reported to Brendan Foot Supersite as soon as possible after the damage occurred. Reasonable wear and tear of the vehicle will be accepted. Any excess wear and tear may be subject to charges to return the vehicle to a suitable state.
No modification or maintenance of the vehicle is permitted.

5. General
a) This Promotion is not open to employees of the Promoter, Nuku Ora, and their families, its related companies, agents and affiliates.
b) The winner is responsible for all additional costs in excess of the prize value.
c) The prize is not redeemable for cash.
d) The Promoter’s decision on all matters is final and no correspondence or discussion will be entered into.
e) You agree that if you participate in the Promotion, your name and photograph or any footage from the Promotion may be used for publicity purposes in all media by the Promoter, without remuneration.
f) To the extent permitted by law, the Promoter and Nuku Ora and any other person or party associated with this Promotion shall not be liable to you in respect of any loss, damage or injury whatsoever (including, but not limited to, any direct, indirect, and/or consequential loss or damage), including personal injury suffered as a result of, or arising in connection with, the Promotion or winning (or not winning) the prize.
g) The winner may designate someone else to accept the prize on their behalf only with prior approval from the Promoter. If the winner is unable or unwilling to accept the prize, the Promoter may choose an alternate winner.
h) The Promoter is committed to protecting your privacy. The Promoter will collect and use your details for the purposes of running this Promotion and in accordance with these terms and conditions. The Promoter may also use your details to send you marketing and promotional material. You can access and request correction of your personal information, or unsubscribe from any further communication by contacting the Promoter on 04 587 0005 or sending a message to customerservice@brendanfoot.co.nz. You can also unsubscribe from any Brendan Foot Supersite emails at the bottom of the message. If you unsubscribe you won’t be contacted by The Promoter again.
i) These terms and conditions are governed by New Zealand law and any dispute arising out of or in connection with them will be subject to the exclusive jurisdiction of the New Zealand courts.
j) Brendan Foot Supersite is the promoter of this Promotion and may modify these terms and conditions at any time without notice. The Promoter reserves the right to cancel, suspend or change the Promotion or any element of the Promotion for any reason, including any cancellation, suspension or change necessitated by any event outside of Promoter’s control.