The Mitsubishi Outlander is a legendary 7-seater SUV. Trusted by thousands, the model has been around since 2001 and each generation has reinforced the expertise Mitsubishi has in the SUV space. In 2012, it became the world’s first plug-in hybrid SUV, still a very popular choice in New Zealand.

The upcoming new generation of Outlander promises to be one the most impressive yet as Mitsubishi continues to strive for excellence in this flagship SUV. With a remarkable new design and an interior that (politely) shouts luxury, the Outlander hasn’t lost its principle strengths of space and off-road capability. Mitsubishi has worked on the smaller details with this model meaning there are some great new features worth exploring. Here’s our pick of the five most interesting:

If you’re not familiar with the term, shift by wire is the name given to a gear selector that is electronically operated rather than using a lever. This has some big benefits. It’s lighter weight and means you can save space in the cabin as you don’t need a large lever sticking out of the centre console. In the Outlander, the design of the gear shift is aimed at fitting your palm perfectly so you can shift with a gentle pull of the selector. As there are no notches, the feel of changing gear becomes quite satisfying.

Added to this, Mitsubishi has engineered a very smart shift schedule for the transmission. When you put your foot down, the transmission behaves closer to a traditional automatic, whereas at cruising speed it switches back to the CVT method to save you fuel. So less lag on launch and better performance and fuel savings. If only it had some paddle shifters and a power mode… oh wait, it does!

We’re never without our phones these days, especially when travelling. Vehicle cockpit design has improved over recent decades to accommodate phones next to the driver, however often the passengers in the rear are forgotten. The new Outlander features specifically designed pockets on the back of the front and second-row seats which can accommodate even large smartphones. Cleverly stitched in with the same material as the seat, they provide a soft protective space within easy reach. If you like to have things organised, this feature is going to be right up your street. It really is very aesthetically pleasing.

This is a first for Mitsubishi – a fuel filler cap that doesn’t need to be released, unscrewed or unlocked. We’ve all forgotten to pull the lever having already got out of the car, or fumbled around trying to unscrew the cap in the pouring rain. This solution makes filling up easier and cleaner. No more petrol on your hands (although some do quite like that smell!)

Ok so a leather interior isn’t usually something to write home about, but in this case, just look at it!

Diamond cross-stitching… those little inserts on the centre console… the mix of black and grey on the door panel. The attention to detail is astonishing. It’s an interior design that would rival a Range Rover but in a car that definitely won’t cost as much. Outlander’s wider body creates room for a wider centre console, and gives each passenger further back just that little bit more space. The front and second-row seat sliders can even be adjusted to fit the space. Don’t forget you have 7 seats in there fitted with that stunning leatherwork.

This sounds odder than it is, but the new Outlander will have windscreen wipers fitted with spray nozzles on the wiper blade itself rather than the more traditional top of the bonnet. This means no spray on the windshield waiting to be wiped away. The more direct nozzle operates only when the wipers are on their way up. You may ask why is this even needed? Well, this method reduces the amount of washer fluid used, improves visibility and also reduces the spray over the top of the roof that ends up on the driver behind you. Who knew you could make windscreen wipers more polite!

The new Mitsubishi Outlander is expected to arrive in New Zealand later this year. Pre-orders have understandably already started to roll in, meaning there will be a wait time before you can get your hands on one. To find out more about the model see our full model page, where you can register your interest or pre-order your own Outlander with a refundable deposit. 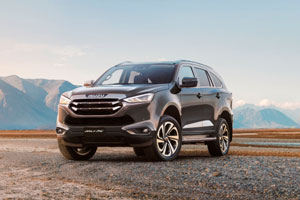 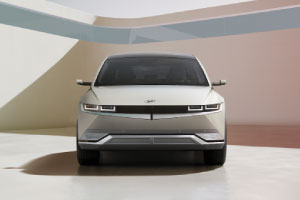 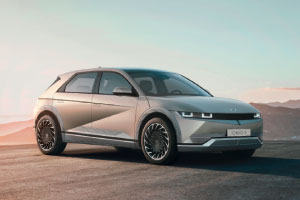 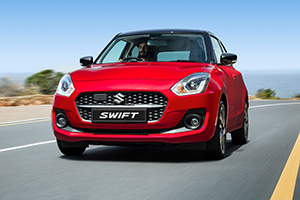